I know I said this was an intro post, but this is more of a long list-of-things/people-i-really-like post at the moment 8D;

Bet you're wondering who I am, huh? Or if you do remember who I am, you're probably wondering where I've been. Well. Before any of that, I just want to say... OMFG GUYS, I MISSED YOU SO MUCH. Lots of things have happened the past 6 (or is it 7?) months.. i.e. I: went to Singapore, am now a second year college student, apparently got confessed to but the guy is apparently hot and cold and stuff apparently (LOLOLOL) and other stuff. HOW ARE YOU, GEEKS ♥? :D :D :D

ayanix because I kind-of-sort-of want to start anew... but I still want to be friends with you guys ;_; and it'd be awesome if you shared the sentiment. I'll be adding you guys a little while later.

do you remember me now?

The rules are that for 8 days you have to post something that made you happy that day. Tag 8 people to do the same.

Day 1: No classes!, lazing around, this ♥, rereading Lovely Complex and catching up to my fandoms

I got this totally awesome meme from

2 - Go to: http://www.quotationspage.com/random.php3
The last four words of the very last quote of the page is the title of your first album.
If you want to do this again, you'll hit refresh to generate new quotes, because clicking the quotes link again will just give you the same quotes over and over again.
-- If you're not part of the solution, you're part of the precipitate.

3 - Go to flickr's "explore the last seven days": http://www.flickr.com/explore/interesting/7days/
Third picture, no matter what it is, will be your album cover. 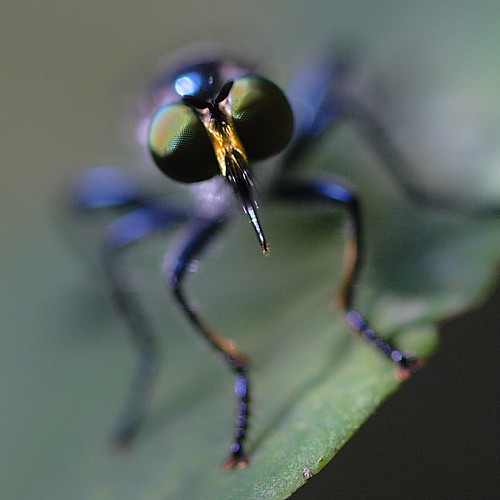 Also: HAY TO ALL THE REALLY COOL PEOPLE I MET AT THE HETALIA FRIENDING MEME ♥

I finally got to watch Juno a while ago. I was really excited about it since I've been wanting to watch it since I read about it from random entries and whatnots on the internet. I absolutely fell in love with the story, the characters and the soundtrack. I won't go into details though, since I'm lazy lol. All I can say that is I love Juno and Bleeker's relationship and I kind of want a relationship like theirs. I'm hoping that I can actually find the cheese to my macaroni. I want the Bleeker to my Juno. Srsly.

And Michael Cera and Ellen Page's cover of 'Anyone Else But You' by the Moldy Peaches is wizard really cute and awesome. If I actually turn out to be one of those girls who'd want their own song with their special someone or does, like, everybody want this?, I'd like this song to be it 8D.

So the first semester of my first year in college has officially ended.

HELLO TWO-THREE WEEKS OF FREEDOM BEFORE SECOND SEM, YOU'RE LOOKING QUITE AWESOME 8D ♥

I admit that I'm not that sad about not being able to see my blockmates for a pretty long period of time, though the time I've spent pouring out my thanks for them in this multiply entry may suggest otherwise. I mean, it's not like I won't be able to see them during the 2nd sem. I feel like such an unfeeling person when I admit that, which is, like, impossible and ironic because if I was an unfeeling person then I wouldn't be able to feel that I'm being unfeeling wait. did that make any sense or what. but I digress. But seriously guys, I'm really thankful for everything we've experienced together.

To all the lovely people I met and friended at the KHR friending meme, SUP GUYS. Maybe after we get to know each other better, I'll show you my _______. 8D

AND OMG THE FIRST EPISODE OF KUROSHITSUJI WAS FABULOUS. Sebastian, I want a butler like you. And Sebastian + Ciel is totally giving me Mukuro + Chrome vibes especially since Ciel wears an eyepatch and his clothes remind me a lot of Chrome's too. Sebastian is like Mukuro without the pineapple factor and I'm still not sure if that's a fact to be happy about or--O-OH MY GOD THAT ENDING ANIMATION IS ADORABLE. ALSO, EVERYONE'S SO GAR FOR SEBASTIAN DON'T YOU DARE DENY IT.

I'm also downloading Toradora! and Gundam 00 and some other obscure anime. Hopefully, I'll be able to watch all of them during this sembreak. Can any of you losers ♥ winners recommend me some other anime/jdrama/etc. to download/watch? I'll give anything a shot.

Oh, and expect some icons from me before the break ends 8Db

Midterms are over. I feel that I did better on my test in college algebra and some other subjects this time around, but there's a big possibility that I actually didn't XD I can't wait until test results and midterm grades are released next week.

It's still a bit early, but I've been planning what I'll be doing when I move to Singapore. I've also been writing down the stuff I'll be bringing when I go there haha. Can you tell I'm excited and that I can't wait to get over there? I'm going to buy a book about the fundamentals of figure drawing tomorrow because I'm planning to practice drawing and writing (and I'll also do my best to make more icons and graphics hurr hurr) when I'm in Singapore and when I'm not studying. And I'll also probably get a hair cut. My hair's getting a bit too long for me to handle easily :X

Also, I didn't attend Trigo class last Saturday because I was so late. No one in my family knows aha.

I think that crush on 'Naruto' was just a false alarm hah. I think I'm liking another blockmate of mine a bit more than 'Naruto' at the moment. Not really sure :U Why so fickle, Aya?

PRELIMS ARE FINALLY OVER!

I'm so, so glad it's over D8 The results I got... I really could have done better. My prelim grade for Trigonometry is 90 which is kind of ironic since Trigonometry is, like, the most difficult subject I've ever had the displeasure of taking. I mean, compared to getting an 88 in Theology and an 86 in Chemistry, which are subjects I have an easier time understanding during discussions and such, getting a 90 in Trigo was unexpected. I got a 60/70 in our English exam and I think that's the only exam score I have that's actually worth mentioning ahahaha~

Also, it's not advisable to compare exam scores/grades with other classmates especially if said classmates are freakin' geniuses. SERIOUSLY. Grades always in the line 0f 9? Getting 109/110 in Chemistry? 90/90 in Trigonometry? 45/50 in Theology? 48/50 in Computer? Man. I hope that someday in the future I'll be able to get scores like those.

Prelims aside, nothing extraordinary has happened in my life.

...Still working on that getting a crush/source of inspiration thing. To no avail hahaha 8D

I've downloaded and watched episodes 9-12 of Junjou Romantica and its DVD special sometime ago, but I didn't have the time to post my fangirling OL. At the moment, I love Junjou Egoist the most. Followed closely by Junjou Terrorist EEEEEKKK~♥♥♥ and then Junjou Romantica. I can't wait until they finish animating or whatever it is they're doing the next episodes 8D!

AND, AND. THE AVATAR FINALE WAS EPIC. Unfavorable endships and unanswered plot questions aside, it was seriously epic. And so were episodes 3x16 (Southern Raiders) and 3x17 (E.I.P.)... The fact that Bryke didn't make Zutara officially canon A:TLA's really over hasn't really sunk in yet but I know it will. Eventually.
Collapse